Helios and Eos are two snowshoe (part Siamese, part American short hair) cats. They are brother and sister, who love to cuddle and play. Eos is the calm, gentle soul who loves to lay around all day, and will meow at you when it is time to go to sleep. Helios, on the other hand, is a bit of a fiery, passionate spirit who loves exploring new places and meeting new cat friends.

Why These Two Titans Need a New Home

I love these two cats dearly. I have been fortunate enough to take care of them over the past four years. They have taken care of me too, quite honestly 🙂 Despite my affinity for these felines, I am looking for a new home for them. Back in March, my boyfriend and I split up (after 5 years together), and I spent some time soul-searching as is customary after a breakup.

When thinking about what I should do with the new-found life as a free-spirited, single woman, I called a friend and asked her if she wanted to finally go traveling around the world. Of course she immediately said yes 🙂

So I am taking about eight months to travel internationally with my good friend, Ting, before we both get too old and gray, looking back upon a life full of regrets. I feel now is a good time to take some time to rest, explore, and get out of the comfort zone.

In the winter of 2014, I attended a board game party at a friend’s house. There was a couple there, Peter and Kimberly, who mentioned that they volunteered to foster kittens as part of the Cats About Town Society (CATS) [include link]. They mentioned that they were currently fostering two sibling kittens named Helios and Eos. After the party, I met Kim and Peter at their place to see the kittens, and I loved them at first sight! Helios grew up jumping and playing with the giant old man cat, Sirus. And Eos grew up alongside hime, hiding up in the tall cat tree.

So I have had these guys since they were little tiny kittens, and taken care of them for the past four years.

I would like to find a home for the cats by middle of January so that I have enough time to prepare for the trip.

If you are interested in adopting Helios and Eos (or just one of them), please contact Miranda at miranda@mirmade.net.

Thank you so much for your consideration 🙂 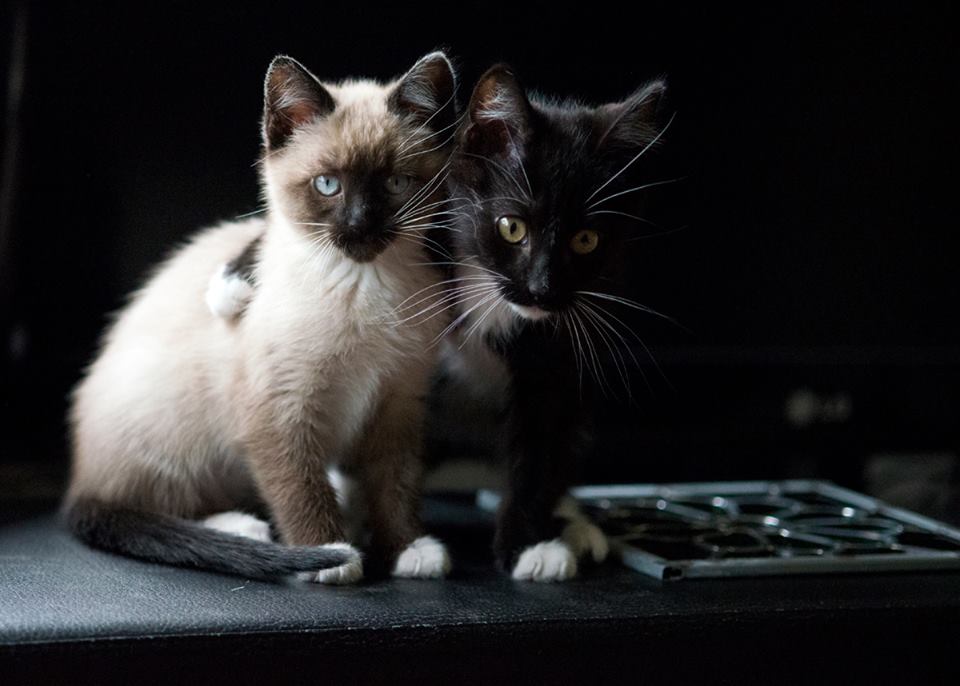 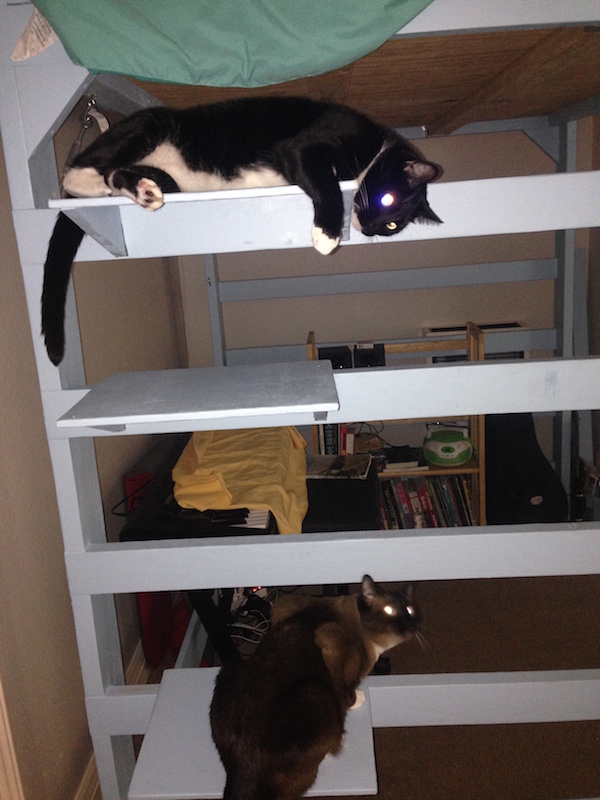 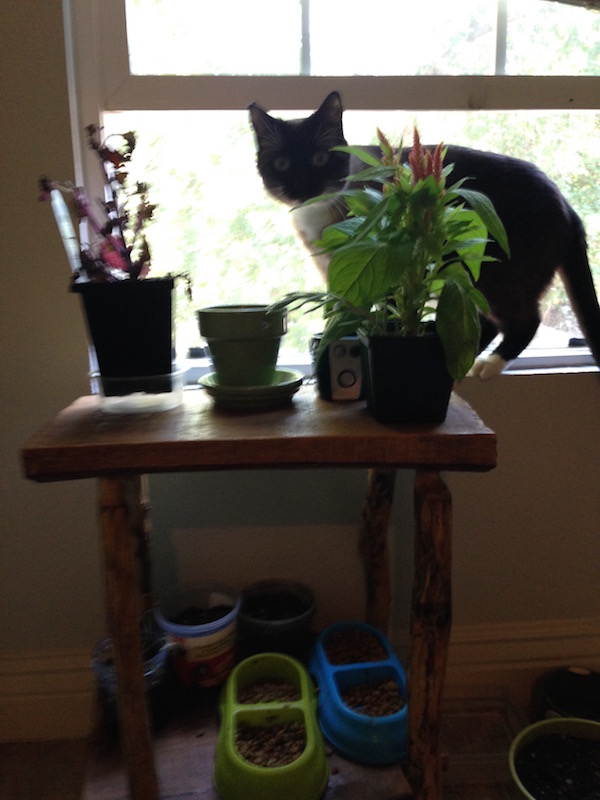 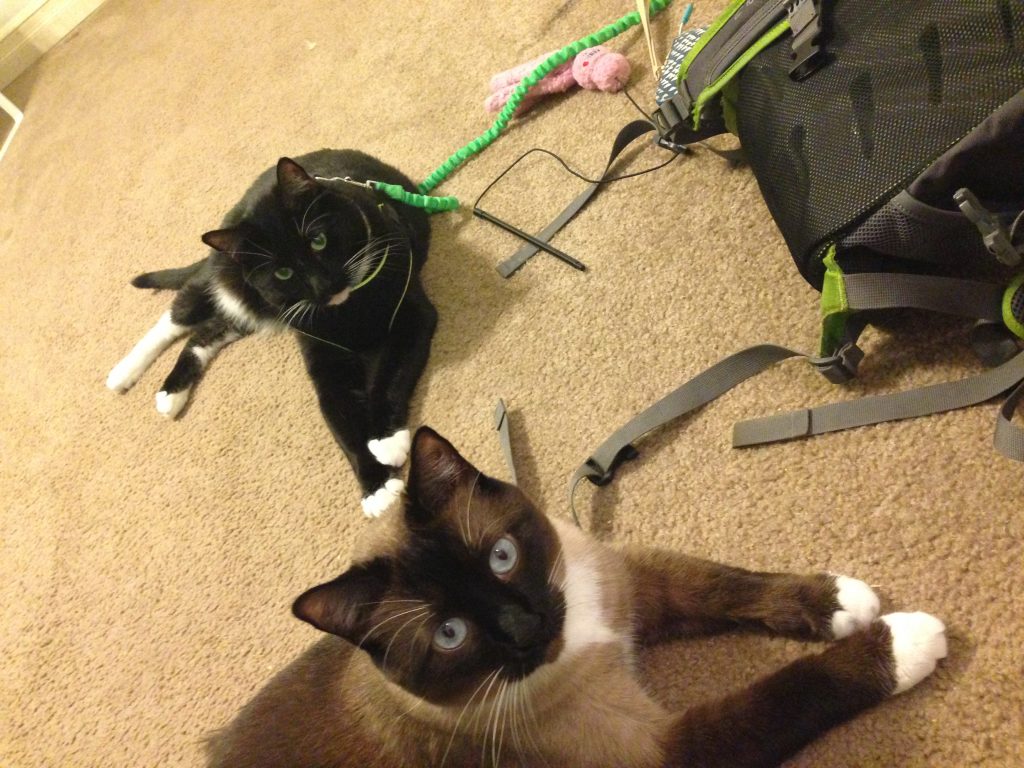 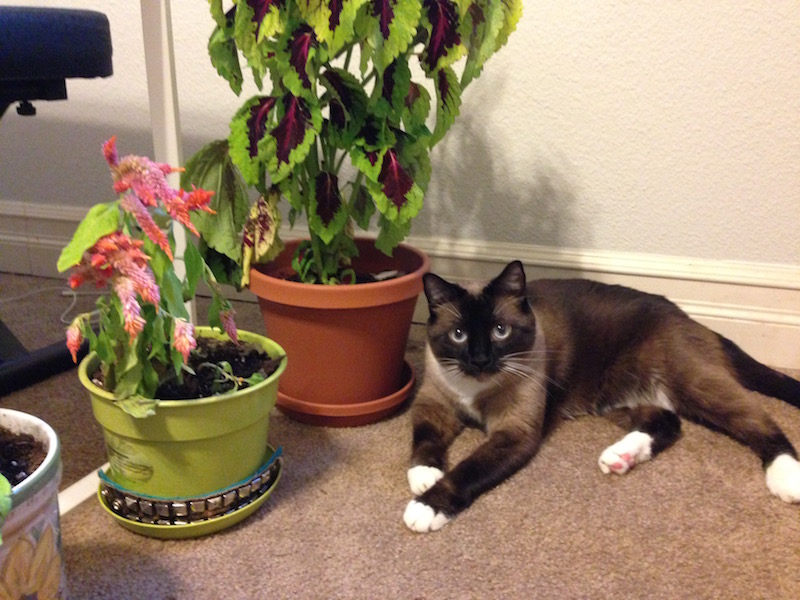 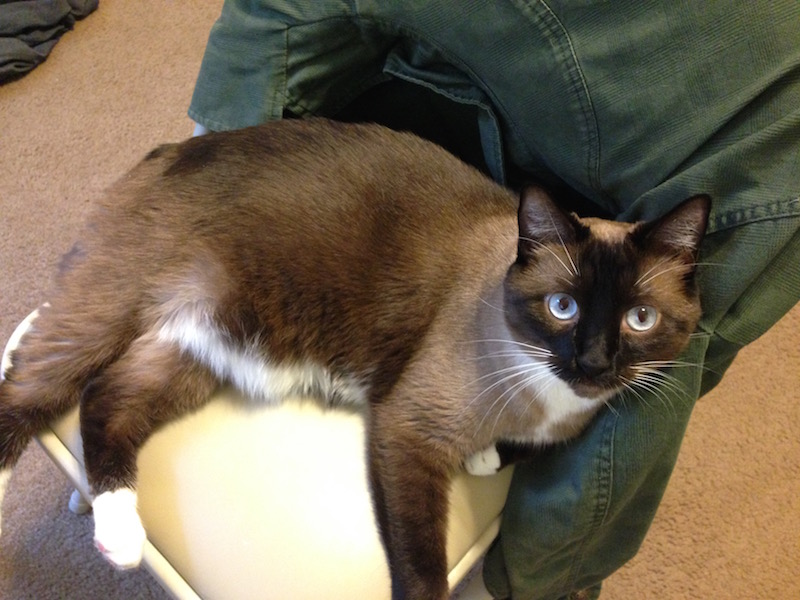 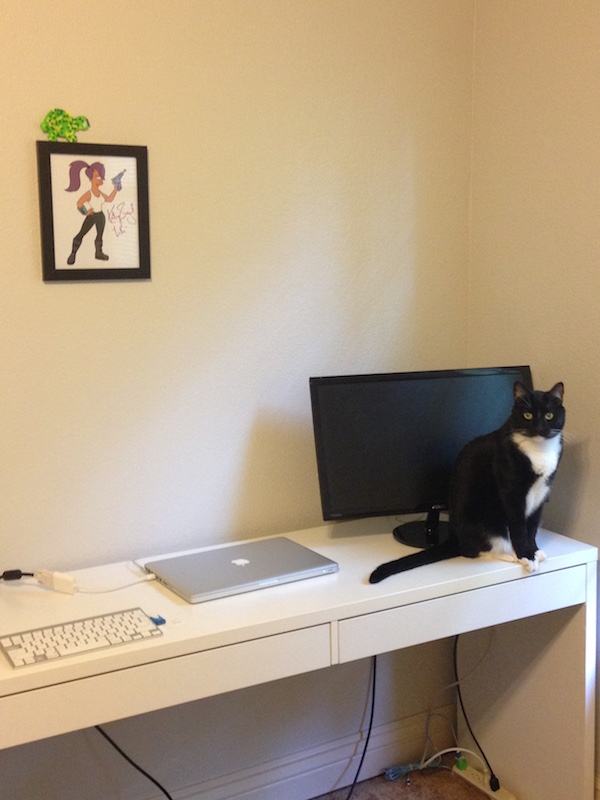 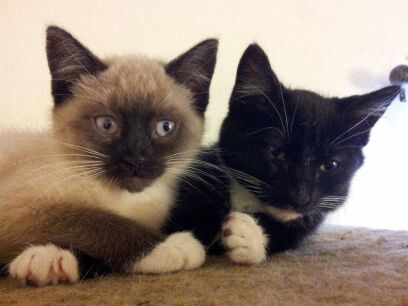 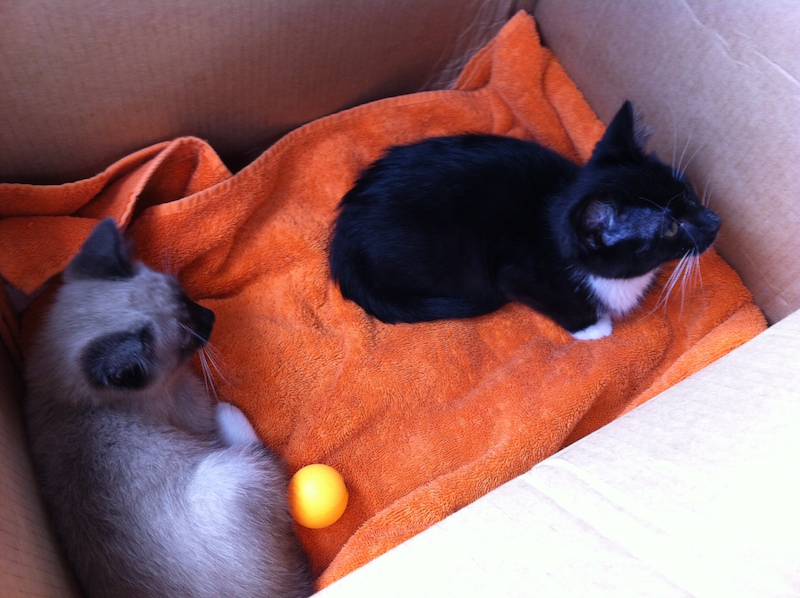 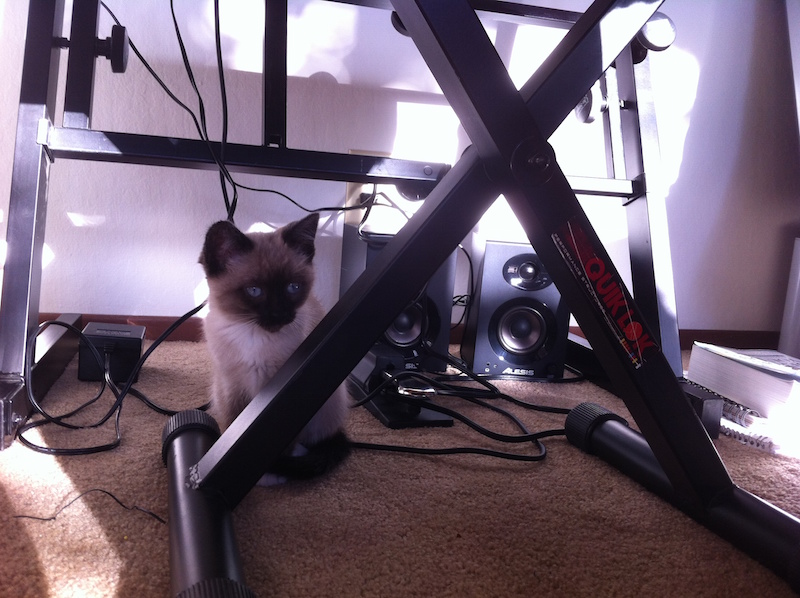 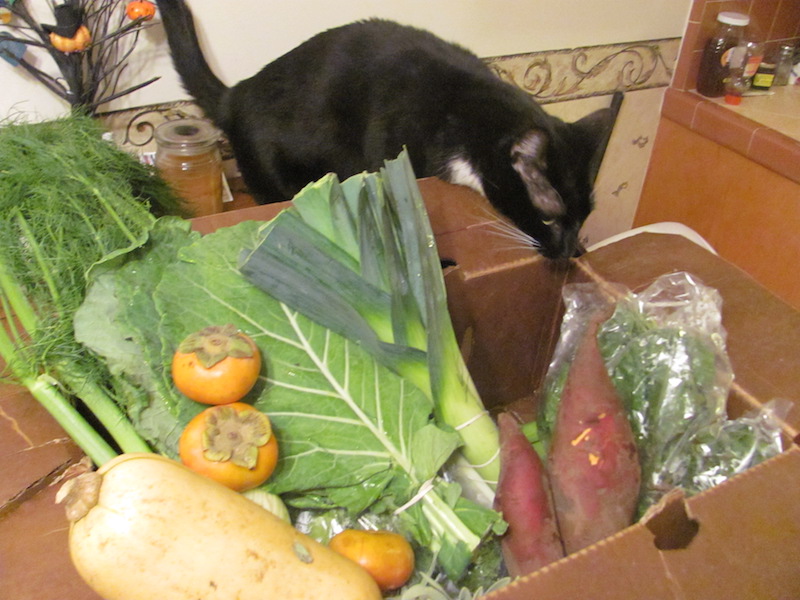 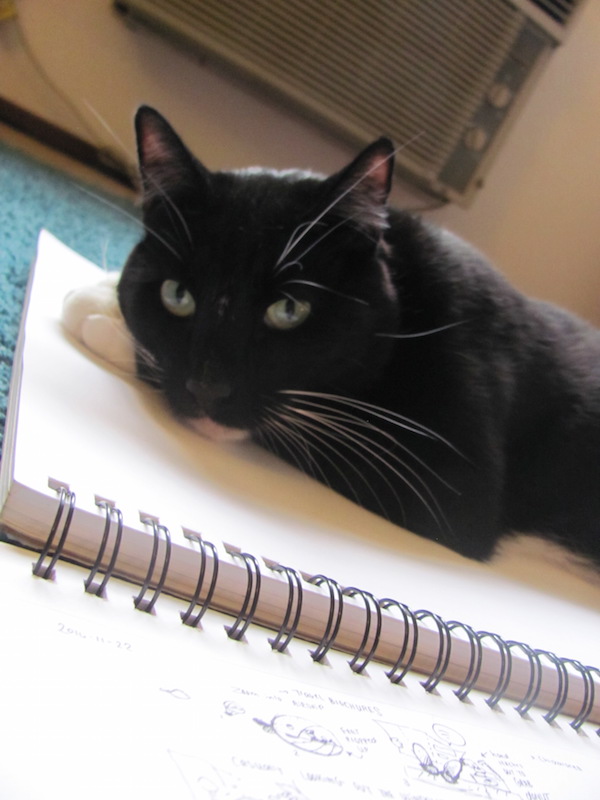