#34 Thoughts on Hitchhiking: What we learned from Reese the hitchhiker

Several years ago, I learned that the beauty of Chinese calligraphy comes from the subtle balance of controlled brush strokes combined with  unbridled spontaneity. I really like the idea behind that, as a way of creating art, and as a metaphor for living life. At times it is not easy to live spontaneously. We wake up, we go to work, we have dinner, we go to sleep. And repeat. But some people thrive on spontaneity. Reese the hitch hiker is one of those people.

Picking up Reese, the Hitchhiker

Reese the hitch hiker stuck out his thumb to catch a lift from the town of Te Anau in the South Island of New Zealand on the way to the Fjordland National Park. My friend and I had been driving for a few days now through the countryside in New Zealand, and at that moment I was feeling spontaneous. I pulled up the car and we gave Reese a ride. The drive to Fjordland lasted about two hours, and was probably the most fascinating conversation that I had during our entire drive in New Zealand. 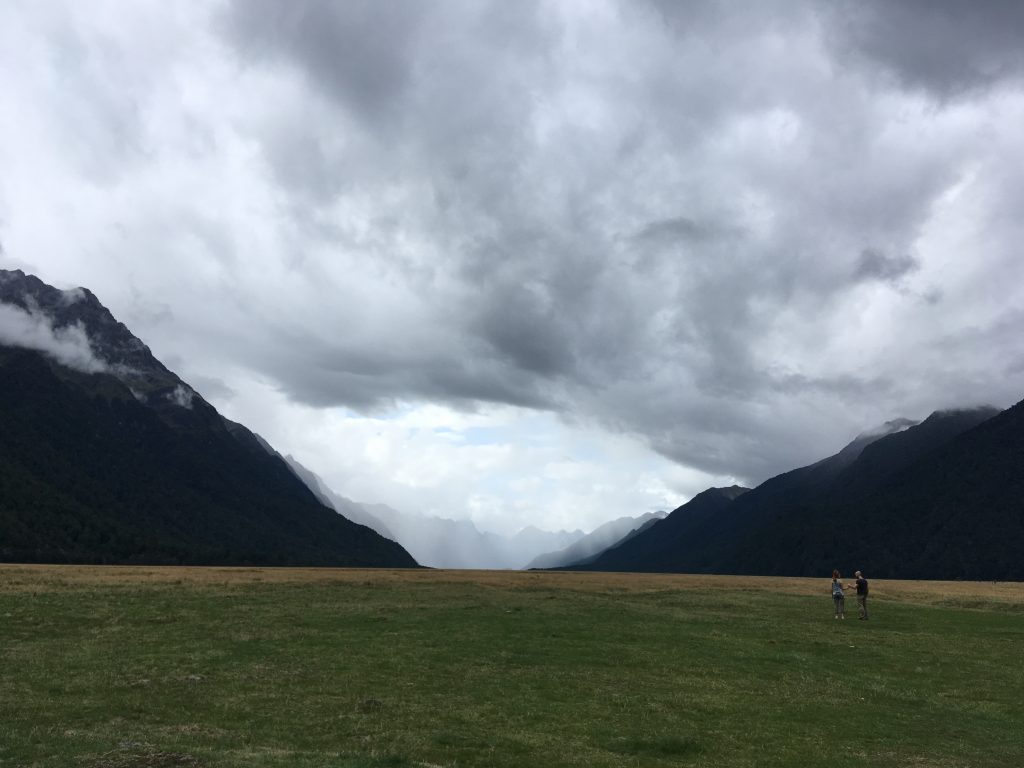 Reese had been traveling around New Zealand after two years of riding his bicycle from his home in the United Kingdom, through Europe and central Asia. He said that he had spent about $5,000 to $6,000 for the entire trip. He met friends along the road, slept in a nose in Austria (twas the nose of a sleeping giant), and gave his bicycle to a friend in Kyrgyzstan before hopping on a plane to New Zealand.

He didn’t know where he was going to sleep after we dropped him off near the park, but he was sure that he could find a place to camp. As we drove through the mountains, Reese told us about his travels, his lifestyle, and we discussed farms and land use too.

Farms, land division, and the Diggers

There are many farms with swathes of sheep peppered across the rolling hills, plains, and mountains in the South Island of New Zealand. I grew up on a farm in the midwest in the United States, and so the rural New Zealand countryside felt like home to me (minus the mountains). Reese said he marveled at the size of the farms in New Zealand. “How big is your farm in the U.S.?” “About average size, 13.00 acres,” I said. Reese said that a standard size farm in the U.K. is about 20 acres. He had lived on a dairy farm. All of the farms in the U.K. are much more compact, he said, and separated by hedges. He had been traveling for a long time now, and was missing the hedge rows.

“Why are there so many hedge rows?” I asked. “Was it an old way of dividing up the land?” Yes, he said it was, it goes way back. And then, I don’t recall how, but he told us the history of the English Diggers and agrarian land ownership in the U.K. He then began to sing a few lines from the Diggers’ song.

The Digger’s Song (as performed by Leon Rosselson):

The Diggers were “any group of agrarian communists who flourished in England in 1649-50 led by Gerrard Winstanley and William Everand.” The Diggers held that the English Civil Wars had been fought against the king and the great landowners. Now that Charles 1 had been executed, land should be made available for the very poor to cultivate. The Diggers’ activities alarmed the Commonwealth government and local landowners, ultimately leading to their dispersal.

As I learned and and read about the Diggers, it really made me think about life back home in California. All of the homeless people in Sacramento. The rising cost of rent and housing. Was the Diggers’ song still relevant today?

I get knocked down

The Diggers song (which originated almost 400 years ago) was actually performed by a “pop” band not long ago. In the early 1990s, there was a popular song called “Tub Thumper” by a band called Chumbawamba. To the general public, and myself included, Chumbawamba was just a “one-hit wonder” kind of band thanks to this catchy, shallow tune.

But Reese told us that Chumbawamba was not really a one-hit wonder band. They are actually a very clever, anarchist band whose true music was performing songs like the Diggers’ song. “Tub Thumper” was purposefully created to be as catchy as possible to the mainstream radio to get people to buy their CD and then listen to the rest of the anti-establishment songs on the record. Most people bought the CD, listened to “Tub Thumper” and then thought, what is the rest of this crap? But for a few, maybe Chumbawamba gave them a chance to learn about the Diggers too. How could I have been a child of the ’90s and never known that? Fascinating.

English Protest songs (The Digger’s Song) as performed by Chumbawamba

During our discussion of Chumbawamba and the Diggers, we also talked about the Luddites. I had heard the phrase “Luddite” fairly often while working in the web design industry.  Nowadays the term Luddite can be used to describe someone who is against the progress of technology (people who create computer viruses for instance). It is also commonly used to describe a person who is downright clumsy or forgetful about technology.

The original Luddites were neither opposed to technology nor inept at using it, according to Richard Corniff from Smithsonian Mag. Much like the Diggers, the Luddites were a group of British protesters who questioned the status-quo. The Luddite’s protested against the effects of growing industrialization and poor conditions for working families at the start of the 19th century.

To make a long story short, the Luddites weren’t necessarily against technology, which meant knitting frames in their case. But they were against the poor wages and economic and social upheavals that came with the introduction of the machines of their time.

As Corniff states, ‘People of the time recognized all the astonishing new benefits the Industrial Revolution conferred, but they also worried, as Carlyle put it in 1829, that technology was causing a “mighty change” in their “modes of thought and feeling. Men are grown mechanical in head and in heart, as well as in hand.”’

Why did this discussion of the Luddites matter during our conversation with Reese? Because having a real conversation with someone you just met in a metal can driving down the road was in itself a form of protest, a sort of swaying against the predictable, almost mechanical tide of our trip thus far.

Getting out of your comfort zone

Giving Reese a lift that day gave me and my travel friend a new perspective. We had planned our travels, booked a car, booked our hostels, planned our route. Though we had left the normalcy of home behind, our life on the road was still following a pattern, still following a plan, still maintaining a sense of establishment. Reese, however, embraced the idea of spontaneity, of living and traveling untethered by plans and with very little money, considering the scale of his travels. By catching rides and camping in places like the nose of a sleeping giant, I think Reese was still living out the life of the Diggers and the Luddites. He was using the land and tools (in this case mobile phone, car, and backpack), to his life without restriction, only restricted by the ideas of where he wanted to go (and in sometimes the cost of a Visa, China was too expensive). 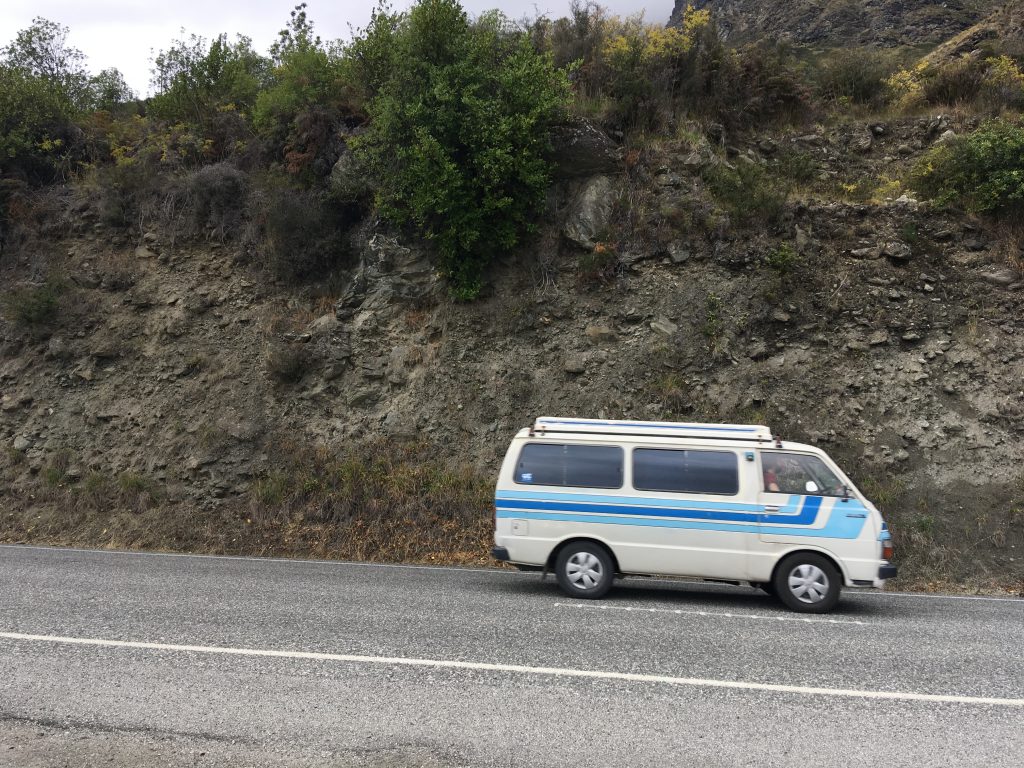 I found his stories and ambition inspiring. There are so many people who want to travel but don’t think they can. They don’t have enough time, they don’t have enough money, or any other restrictions that they feel are imposed upon them. But people like Reese don’t let those things stand in their way. They trust in the kindness of strangers, they go against the current of the establishment, and they live their lives with spontaneity.

And when Reese does return to the hedge rows, in his small town in the UK, he said he will probably host couch surfers, to give back to the budget travel community, and to break up the daily routine of the small town life 🙂 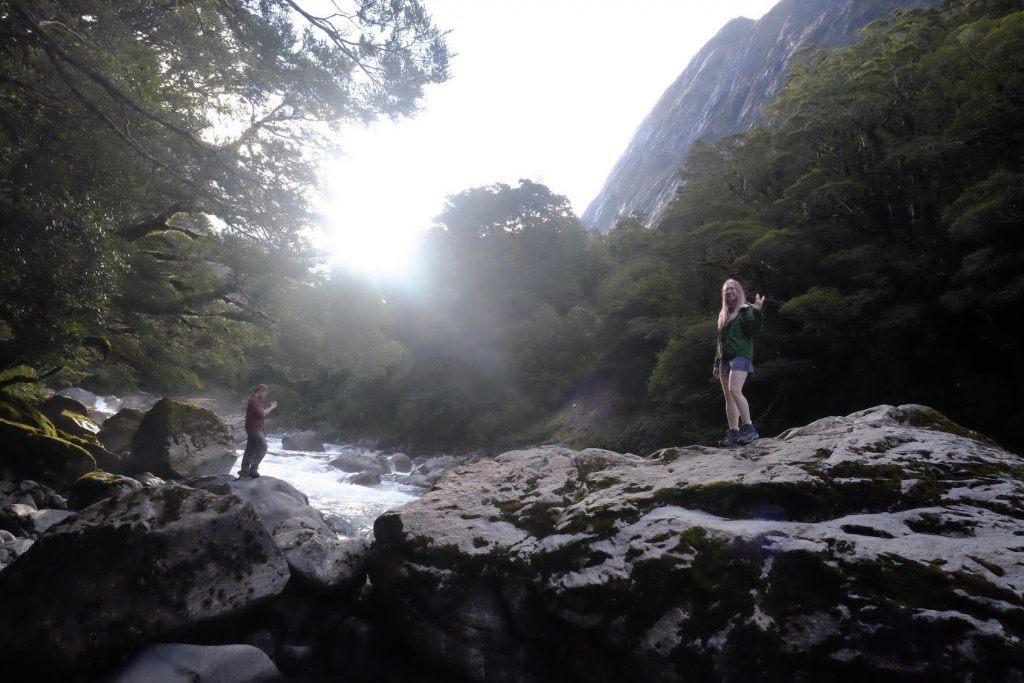 History of hedge rows in the United Kingdom (UK)