#37 An alternative walking tour of Berlin 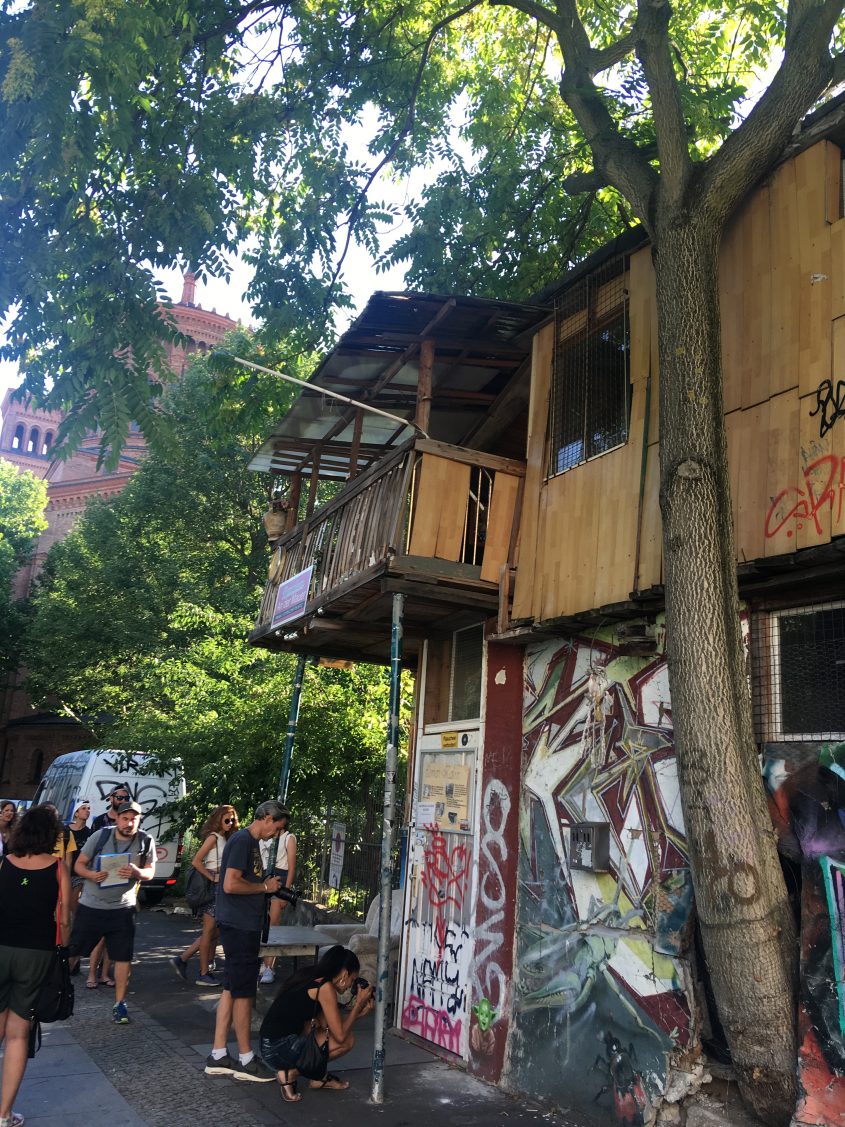 Why I went to Berlin

Last year I decided to host couch surfers as part of the couchsurfing.org community. My apartment was in a convenient location in the city, near the train station and downtown Sacramento, California. I hoped that by opening my doors to travelers, they could share ideas and stories to help with my upcoming year of travel.

One of the couch surfers was a quirky musician from Berlin, Germany. He was in California for a work assignment, but took some time to ride his motorcycle around northern California. I was nervous to let a stranger into my home, but judging from his message request, he sounded congenial, and perhaps carried a few good stories with him as well. So I said, sure, I’ll host!

This couchsurfing biker musician had grown up on a hobby farm and moved to Berlin for music. He said when he first moved to Berlin he would stay up all night playing music, and then stumble into his nine-to-five job the next day. Berlin was a mecca of electronic music, and he sent me a few electronic songs on the chat. Why was Berlin full of musicians and artists, I wondered? I really didn’t know that much about the history, and felt like I learned things better field-trip style anyway, so put Berlin on the list of places to go for my year of travel. 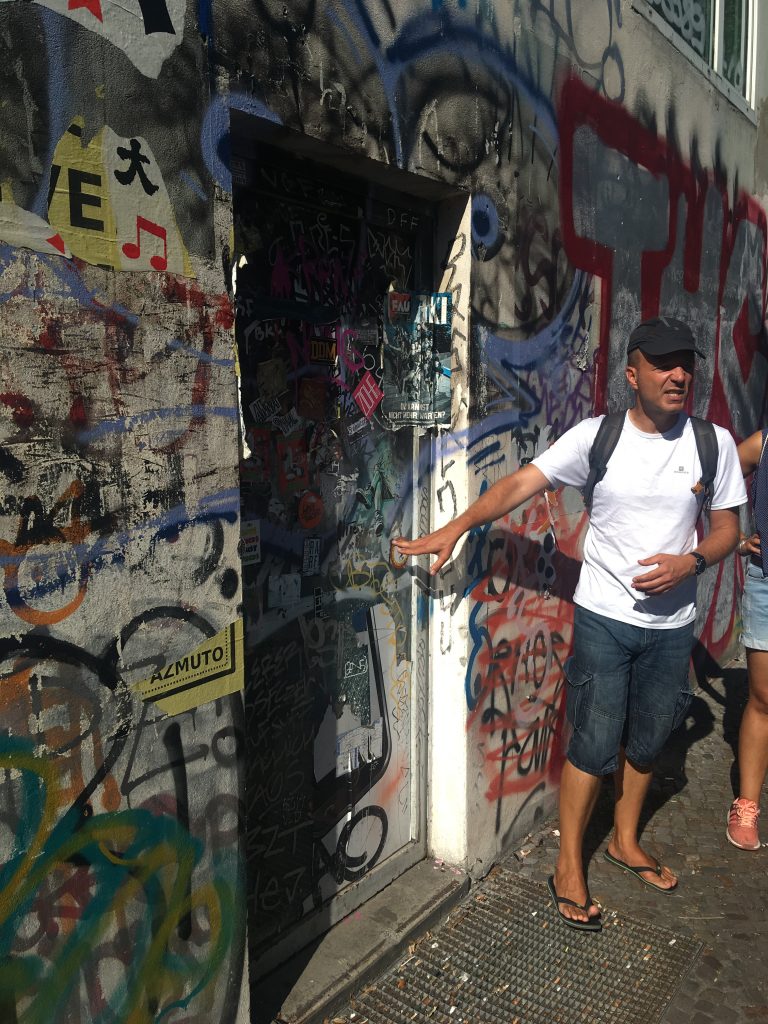 Several months later, I and my boyfriend at the time, came to Berlin. It was hard to believe we were finally here! I messaged that couch surfer for music club recommendations, and he sent a whole list of places to dance and check out techno music (Berlin is known for its night life). We never made it to the clubs though, since we were exhausted from travel and had stayed in the outskirts of the city. But we still were able to get a glimpse of the quirky, alternative spirit of Berlin thanks to the alternative tour.

We learned about street artists and the strong, counter-cultural community that defines Berlin.

The artists Various and Gould ask people to take photos of the part of their face that they dislike the most. Then the artists blow up the photos, cut out that facial feature, and make a collage of the pieces altogether. 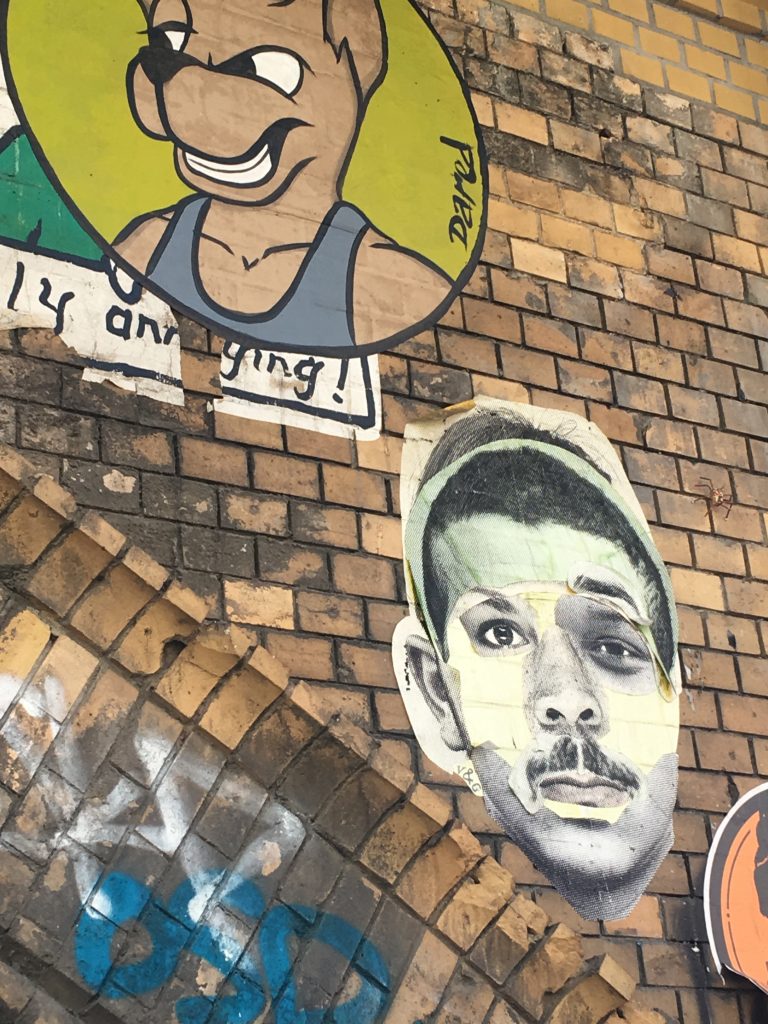 The Frankenstein-like creations actually look quite beautiful, and encourages self-acceptance, rather than the need to wear makeup or change your facial features to beautiful.

During the tour we also learned that David Bowie moved to Berlin in the 1970s after living a life of fame in Los Angeles, California. In California, he had become very famous, but fallen into deep addiction into cocaine. He needed to leave LA, and went to Berlin. In Berlin, he was able to still play music and escape the fame, because no one in Berlin cared that he was famous. He could finally go to the grocery store again without worrying about what people thought.

The girl on the swing: The spirit of Berlin

Another piece of street art, It is a girl sitting on a swing. Our tour guide told us that this girl to him represented the spirit of Berlin, just a carefree girl sitting on the swing, hair flowing free and feet swinging through the wind. He said when Ali, the artist, first started painting the girl, the paintings showed a young toddler, now the girl was growing up, for him it represented the spirit of Berlin – showing the city growing up.

Osman’s garden, the garden along the Berlin wall

The best part of the tour was unexpected. We came upon a row of stacked pieces of buildings in an old area along the wall. It didn’t really look like anything fancy, a bunch of misshapen building pieces placed together against a fence with plants growing around it. 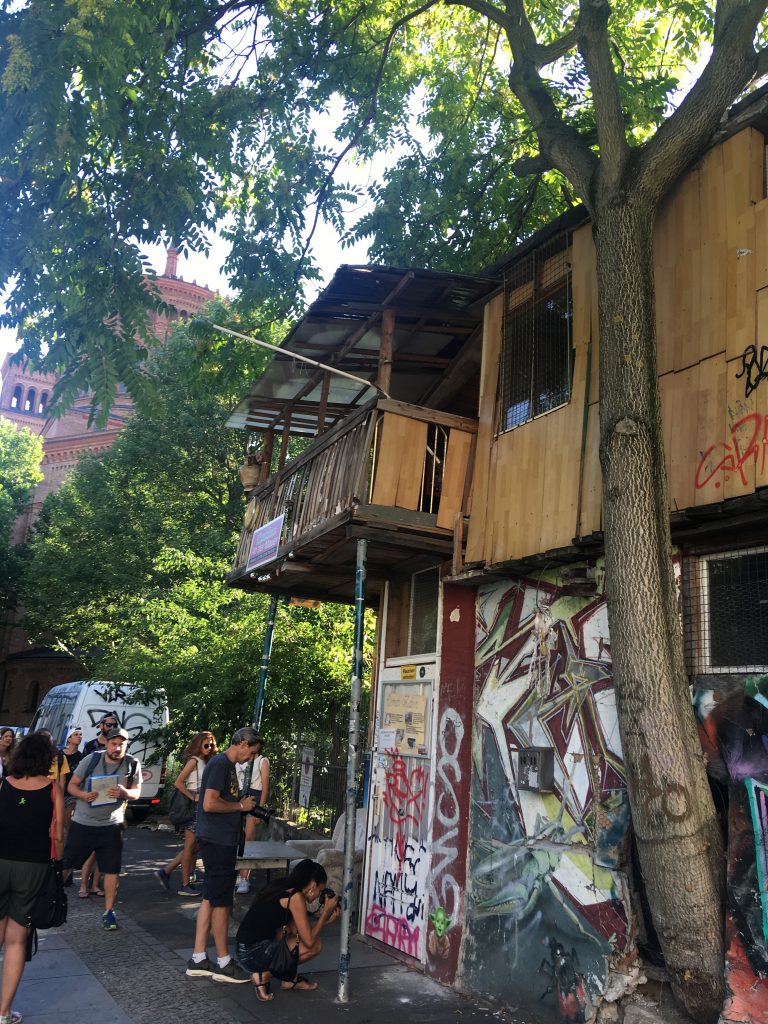 But we learned that this actually had a lot of history, and a significant meaning to it, for the history of Berlin, and for the people in the local neighborhood.

This old shed, was a garden built by a Turkish man named Osman Kalin. He built it during the time of the Berlin Wall. Every day, from his apartment in West Berlin, he saw this unused piece of land, just collecting rubbish. Even though the strip of land was right next to the Wall, where soldiers were ordered to shoot to kill for anyone trying to cross, he didn’t let those circumstances deter his desire to just have a garden. 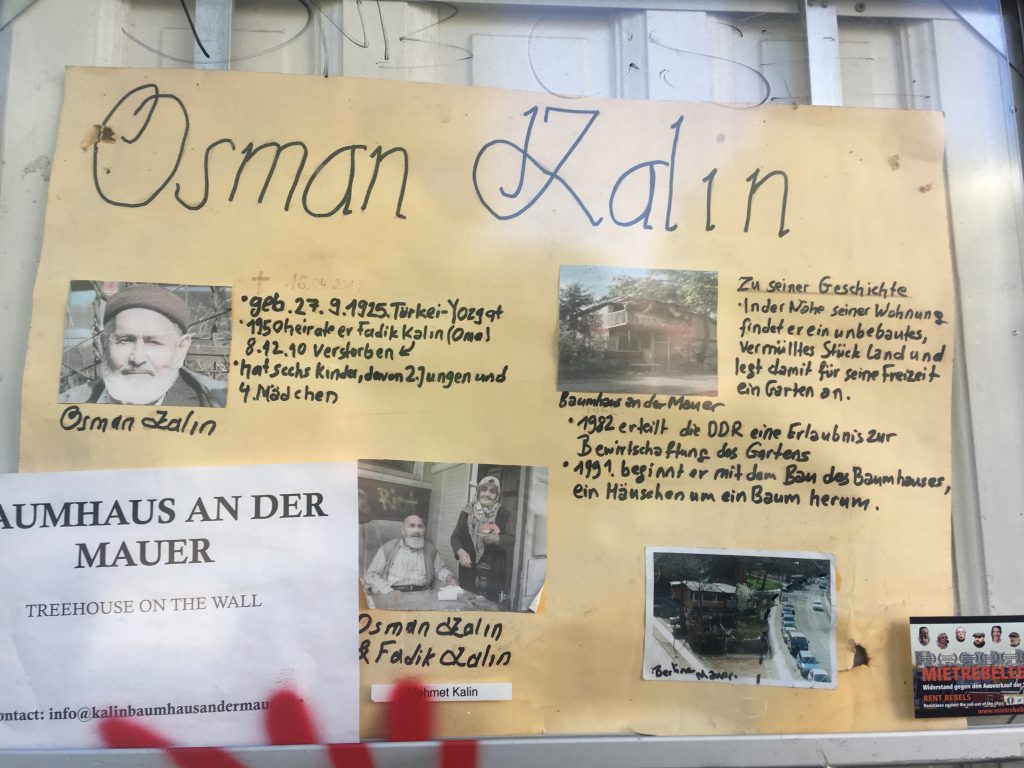 He planted a garden and built the shed against the wall. Over the year, the police questioned him, but he was so friendly and sincere, he really just wanted a garden.

Mr. Kalin was a devout Muslim, and when he realized he needed water for his garden, he got water from the local church. The tour guide said that this kind of cross-cultural, inter-faith collaboration was also representative of the spirit of Berlin.

Mr. Kalin would sit outside the garden and say hello to everyone, regardless of who they were, punk kids, police officers, whoever. His garden became an important gathering place for the local neighborhood.

As we walked around the neighborhood near Mr. Kalin’s garden, the guide told us that we were in was the poorest part of Berlin. But just walking around the streets, it didn’t feel poor in spirit. Young people walked down the streets talking to their friends, people just going about their lives, making music, and making art. 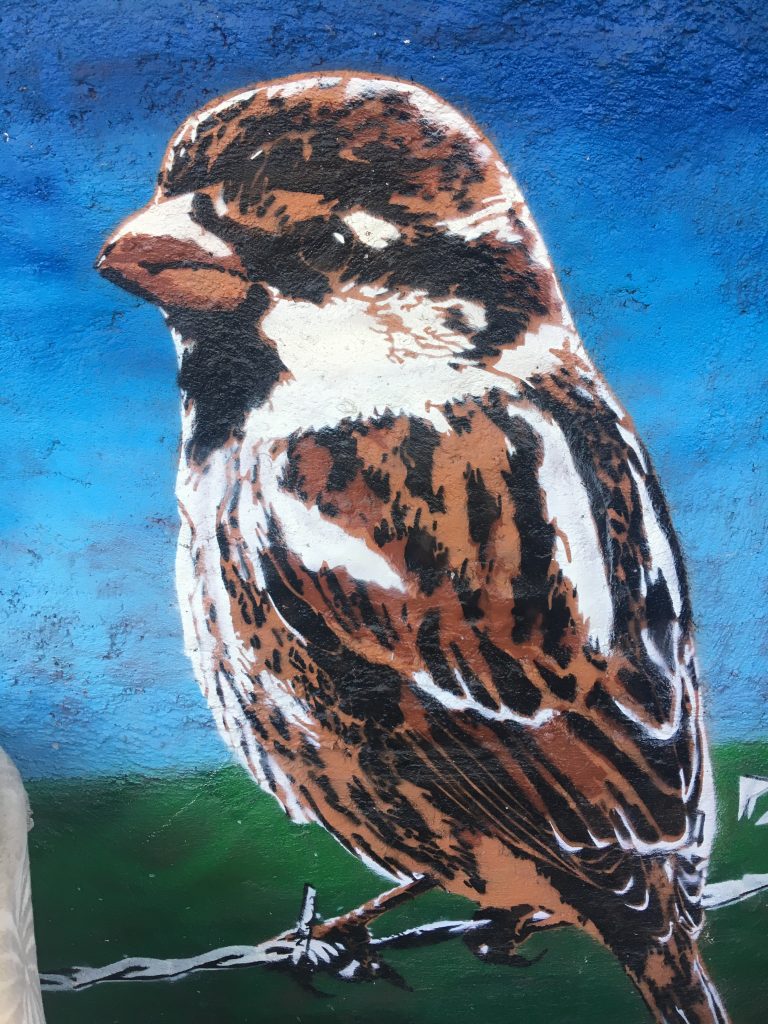