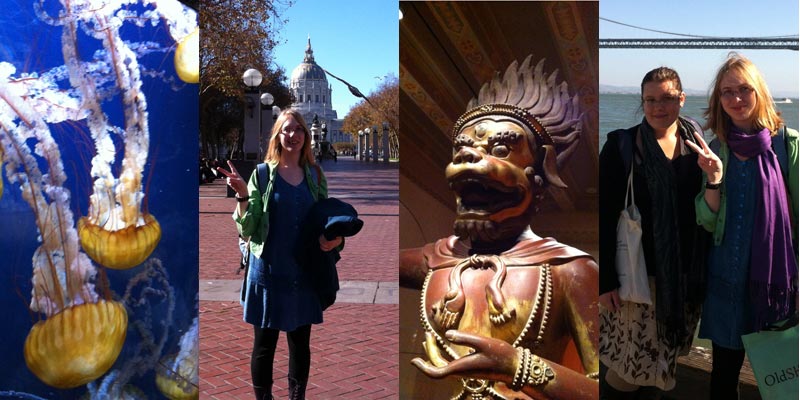 Upon arriving in the strange, sunshine-filled land of California, far from the humble flatlands of Illinois and the comfort zone of familiar friends and family, one of my first priorities was to form some solid connections with other 20-somethings, creative, inquisitive, and curious people. My greatest fear was moving 2.000 miles away from home with my sole support system being a wonderful, yet uncertain relationship. I knew that I needed to find a new support system among a solid group of friends in this new adventure on the West Coast.

A couple friends and family had recommended checking out the social networking site meetup, as a way to discover social groups and other individuals who were in need of a friend or two. I went on the website and discovered several intriguing groups in the Sacramento area, including a group completely dedicated to 20-something transplants (new to town), as well as a group for comic book writers and artists.

A few days after moving into a new apartment in Sacramento, David and I decided to check out the 20-something transplants group, and wandered a few block from our new abode to a bar for our first happy hour in this new town.

Each week, we found our way to the weekly happy hour, and quickly connected with people our age who had moved to Sacramento from all over the country (and from other parts of the world as well). It felt like being in college again, mingling with all kinds of fascinating people, and steadily becoming familiar with them, and ultimately feeling not so alone, and emotionally connected to Sacramento.

Eventually our bar gatherings turned into house parties, starting with Sunday morning brunches, as prompted my the most eccentric of lady Chicago programmers, miss Random Tara 🙂 Back in July, miss Random Tara had proudly announced that she and her Dad were in the midst of creating a revolutionary new religion! – The Second Reformation of Sunday Brunch, which was based upon the fact that humans can universally unite over a Sunday brunch, with whatever food they please 🙂

So in honor of The Second Reformation of Sunday Brunch, David and I started inviting people that we had met at happy hours over to our place for heaping amounts of bacon, waffles, bacon, booze, and bacon. With the help of bacon and booze, we’ve slowly developed a steady group of friends within a few months of being in this new place. And even though I’m far away from home, and anything can happen, I am so thankful for knowing about meetup, and for realizing that there is a world of people who love to embrace life, make new friends, and eat a shit ton of bacon. Our first attempts at spreading Random Tara’s religion (The Second Reformation of Sunday Brunch). The first attempt resulted in much drunkenness and group hugs 🙂 Our second attempt at having a brunch..resulted in basking upon comfy couches all day, and having much philosophical conversations. A winterly Sunday brunch. I believe we ended up watching a whole lot of Venture Brothers 🙂 No happy hour is complete without the dramatic gopher re-enactment. No birthday dinner is complete without mega squid-hat. Dot Matrix and Yogurt from Spaceballs at the Sacramento Comic Con. The ducktape monster is either from Power Rangers or Transformers, then there’s Ocarina of Time characters, No Face from Spirited Away, and characters from Zelda Twilight Princess at the Sacramento Comic Con. This Cat Woman cosplay was stunning. This version is from the film: Batman Returns. On Tuesdays, I like to hang out with these cool cats at Empire Comics for the weekly Sacramento Comic Creators’ Group. There are some very knowledgable, hilarious, and passionate people in this group. There is also a rolly little pug who roams around the comic shop. Pug perks 🙂 In November, a friend and I went to San Francisco for the weekend where we explored the city and visited with fellow travelers in the hostel. We tagged along with some of the hostel ladies to explore the San Francisco Cartoon Art Museum, which had actual sketches from the first SandMan book. Outside of our hostel, we also discovered an art gallery full of the Alphonse Mucha prints, exquisite, delicate pieces of art nouveau.