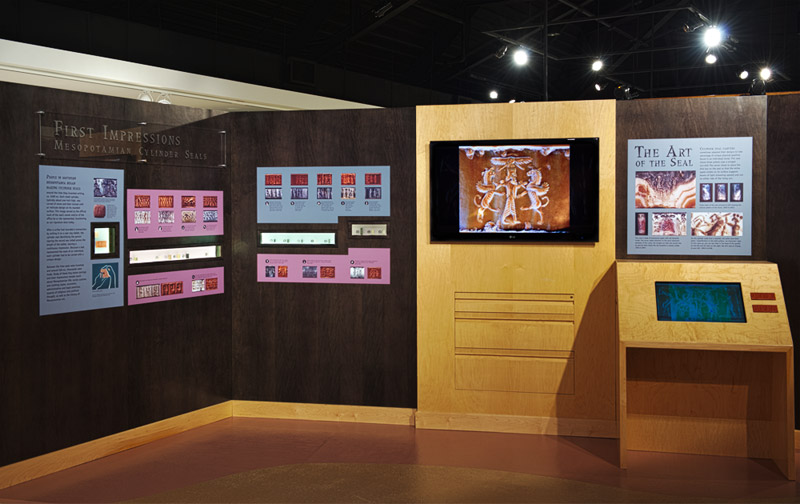 Ancient Mesopotamian Cylinder Seals come from the site of modern-day Iran and Iraq. They were used as a form of official signature, featured fantastical characters, and gave birth to modern writing. In 2013, the Spurlock Museum opened an interactive exhibit that features the characters of the ancient seals, and helps to explain their important role in the history of writing. I was hired to assist with exhibit layout, and to develop creative ways to display the distinct characters on each of the seals. Icons were created to help illustrate the characters depicted on each cylinder seal. These icons were also used to help connect each distinct seal with the image of the seal rolled out upon a clay tablet. Color was used to help organize the images of the seals on the wall with the actual seals within the display cases. Simple line drawings were also created for the interactive game featured in the exhibit. From left to right, characters include: Bull-man, King with offering, Hero, Shamash, Lama, Hero #2, and a seated King. For a full list of the gods of Ancient Mesopotamia, visit the Ancient Encyclopedia website. Learn more about the exhibit by reading the article featured in the News Gazette.