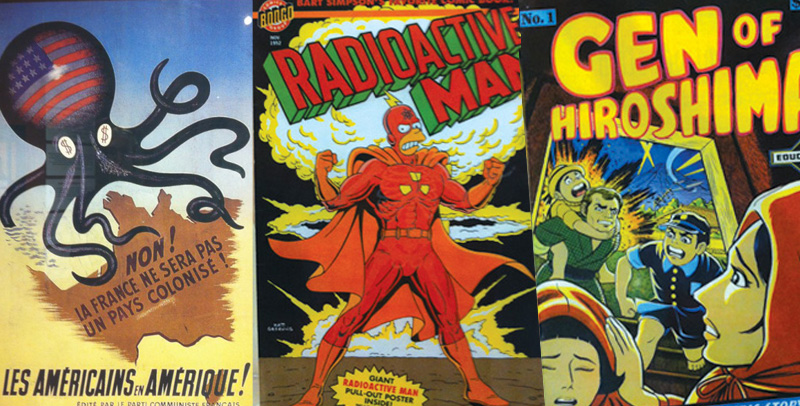 This post is a flashback to a trip to the Nuclear Science Museum in Albuquerque, New Mexico, during my 2013 roadtrip from Illinois to California.

The day began in Albuquerque, New Mexico, by waking up at 7 in the morning to get some milk to go along with my fruit loops. I hopped out of bed, locked the hotel room, and strolled across the street to the gas station. This area did not appear to be the best part of town, so I assumed that 7 am would be a pretty safe time to grab some milk.

I arrived at the gas station, only to learn that the store was closed, after confirming with some other disgruntled gas-pumpers, and began to walk back to the hotel room. Before I had even left the parking lot, two young men appeared in front of the store, and began punching each other rapidly and violently. Immediately a mini van pulled up next to them and a middle-aged woman got out (which I assumed was a mother or relative), and tried pulling the boys apart. The other would-be-gas-pumpers and I just stood there and gawked, not knowing what to do. Although the violence was clearly a personal dispute between the two boys, I was scared, and wanted to get out of that part of town immediately.

I had planned on going to the Nuclear Science Museum that day, and found it ironic, that the day would evolve from witnessing the earliest forms of violence to learning about the ways that man has evolved his ability to destroy one another.

My visit to the Nuclear Science Museum wasn’t all doom and gloom that day, but inside the museum were many bombs, and publications detailing the aftermath of nuclear war. As I write this post a year and a half after visiting the museum, I unfortunately do not remember much of the details behind all of the objects within the museum, but it was still an eye-opening experience, to say the least.

The photos below give a glimpse of some of the objects and exhibits that caught my eye at the museum. I am an artist by trade, quite far from a nuclear scientist, so if you are knowledgable in the ways of nuclear science, please contact me to share your stories and to better identify the objects in the photos below. From left to right: an airplane engine, B61 bomb, and B61 bomb parachute

Fragments of the Berlin Wall “Geckos can walk up walls because their feet have millions of nano-sized hairs that are attracted to the wall’s surface.” Nuclear Literature: “Learn How Dagwood Splits the Atom” by Joe Musial, and “Hiroshima No Pika” by Toshi Maruki. At the Albuquerque Nuclear Science Museum, I learned about the different regimes of flight: General Aviation, Subsonic, Supersonic, and Hypersonic. The museum also featured a diagram of a nuclear reactor and a giant period table of elements on the floor. From left to right: The Spectro Chrome and The Revigator

The Spectro Chrome used light in attempt to cure patients. The Revigator was a ceramic water crock lined with radioactive materials, marketed to be filled with water and consumed the next day to prevent illness during the 1920s and ’30s.