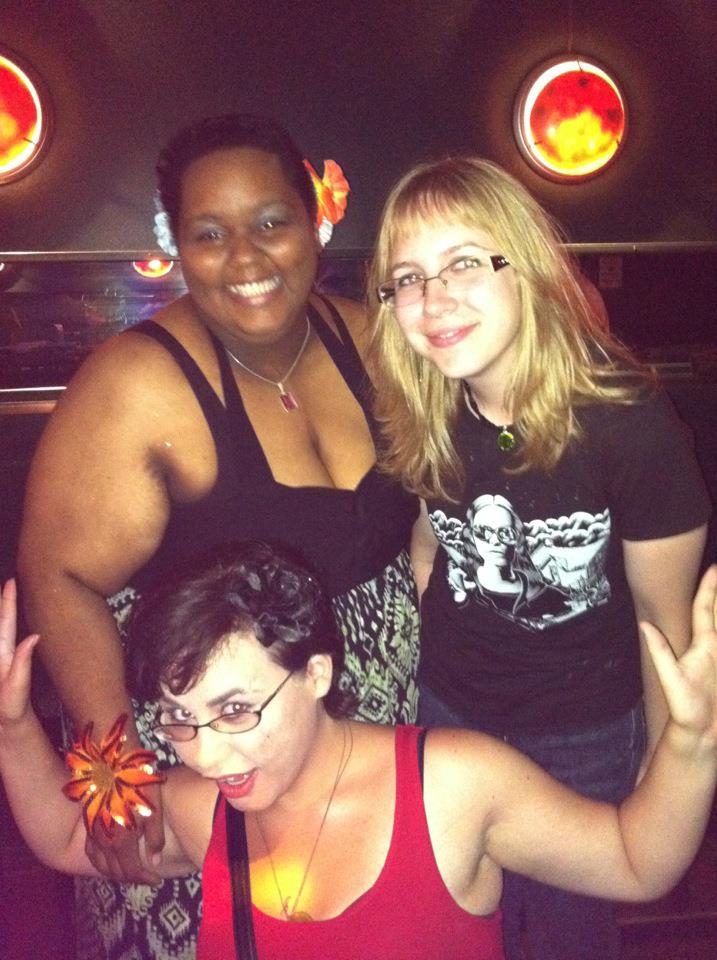 Dah! So I have been lagging in the blogging department lately. This post is dedicated to all of the wonderful, quirky people that embraced me at the karaoke bars in Champaign, Illinois…

It all started long, long ago when I was a wee peon server at Cracker Barrel in Urbana, Illinois. Every day I would talk to this smiling, swingin’ gal named Ce Ce Fitzgerald. Being a recent college grad lost in a sea of doubt, I dove into the warm embrace of Ce Ce’s call for some karaoke buddies. Soon thereafter, I slowly transformed from the daytime nervous, shy introvert into a nighttime singin’ and dancin’ animal.

Though we traversed and explored many of the karaoke bars throughout the Champaign-Urbana area, we always seemed to gravitate to our Cheers-esque setting, The Clark Bar. The Clark Bar wasn’t the fanciest place in town, but the all of the people were warm and welcoming. There were so many passionate singers. I soon learned that Rocky the bartender made the best damn ‘Sex on the beach’ that one could get in the middle of Illinois. (Justin informed me that this can also cause sand in your butt crack….oh wait that’s the other Sex on the beach….)

These weekly outing with Ce Ce and other friends started out as a nervous way to get out of my lonely apartment and try to maintain a healthy social life after the overwhelming people-presence of the college days. Singing was at first a nerve-wracking, self-conscious, and embarrassing experience. But over time (and upon realization that half the people in the bar were drunk anyways), the singing became a liberating, cathartic, and vibrantly creative experience. I began singing more outside of the bar (at work, at home, in the shower, walking through the park), and I began to feel more alive and less lost. Through Ce Ce and the weekly karaoke outings, I was able to meet a lot of beautiful, soulful people. I love karaoke because I think it allows you to see a side of a person that maybe they don’t normally portray in their every day lives. When I first met Ce Ce, I did not know that she could sing like a goddess. Going to karaoke allowed me to see her for the amazing wonderful friend, and big sister that she grew to be, and not just that one gal that I randomly talked to at work.

Now that I am in California, I miss my karaoke buddies so dearly. I’m not sure that I can replicate the experience out here, but I can sure as hell honor my buddies back home by continuing to sing, and embrace all of the new peeps out here on the West Coast, just like Ce Ce and the other karaoke folk embraced me back in the day 🙂 Chelsea, Ce Ce, and Justin. These guys didn’t cause any trouble at all 😉 Ce Ce and DJ Paul (Yes, his hair was always styled like that..) discussing important matters Justin and Kevin- these guys moved to Springfield before I left for California. Kevin was always sleeping, and Justin was always a dancin’ (the ballerino) Ce Ce and La with a giant margherita… DJ Paul lent me his glasses, and then kindly gave me a ride home. Chelsea and Terry. Those women folk know how to boogie. Josh and Paula singing here, with Cameron clapping. Paula has the voice and heart of an angel 🙂