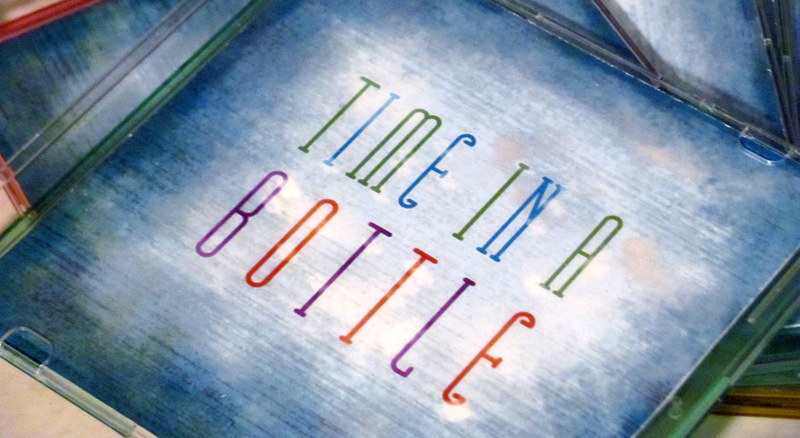 “Time in a Bottle” is a personal project created during the winter of 2011 while living in an ole 70’s wooden-walled basement apartment. I was playing a lot on my Yamaha P-120 digital piano, and was feeling like the phantom of the opera, staying up to all hours of the night bellowing tunes from the depths of the apartment building. Finally, during the winter of 2011, I decided I would make some use of this constant piano playing, and recorded covers of 10 of my favorite songs. The title of the CD is called “Time in a Bottle,” from Jim Croce’s song of the same name. I recorded all songs in my apartment, edited them with Garage Band and Adobe Soundbooth. The CD cover was created using scans of textured paper with typography and additional styling added using Photoshop and InDesign. Finally, I filled manilla envelopes with the CD’s and lovely hand-written notes, and sent them off to friends and family as a token of my love.

All of the tracks are available for listen or download here: